Keeping us on our toes...

Teag is doing good, but had a little scare last night. His oxygen levels went to 72-73 (he was in the mid 80's)and wouldn't come up even after they doubled his oxygen intake. On top of that his voice has not been coming back and at times it seems he is having a tough time breathing. They came in and sucked out his airways and that helped, but it is so stressful when anything goes wrong. He is doing better, is O2 isn't great but it is back up around 75-78, hopefully it stays there. He is becoming more and more active every day, he loves pulling his tubes off. We have his hands and feet wrapped up, it will be nice when he can chew on them again! Anyway, he is doing good, just going a little slower than we would like. Thank you for all your prayers! 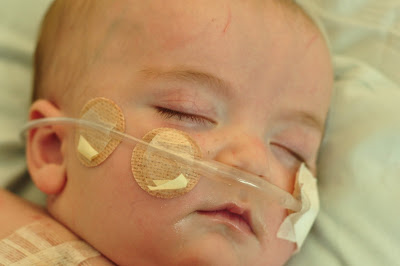 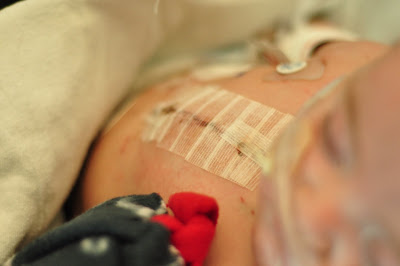 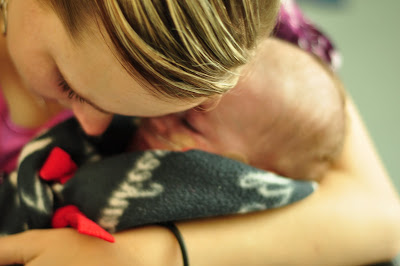 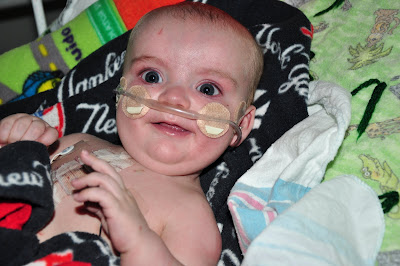 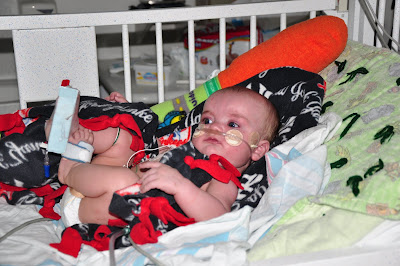 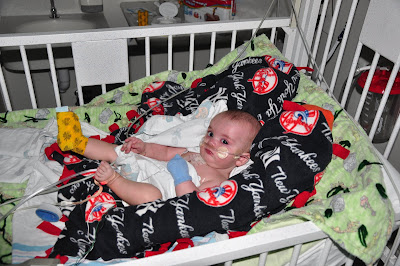 Posted by Bryson and Amanda at 2:34 PM