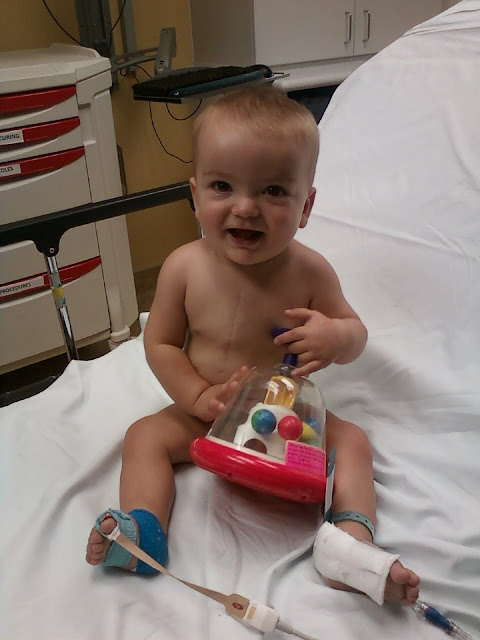 ( This picture is of him after he heard he got to go home.)
So it's been a rough week. Last Thursday Bryson's little brother Brandt got married, and on the way home we realized Teags had a fever. So I called and got an appointment, so we stopped on our way home. They told us he had a double ear infection, we got him on an med. and didn't think else of it. On Saturday he started having fevers again and by 4 in the morning he had a fever of 104.8. So we did the usual and gave him tylenol and put him in a cool bath. For 2 days if we let the meds run past 4 hours in between it would go back up to 104. Monday morning we made another appointment to see why he was getting better. We went in and they told us his infection was gone, at that point they did blood work and found out that his white blood cells were high. From there they sent us to primaries, that is when me and Teags had a good ten hour mommy son session. They did blood work again urine samples and x-rays of his chest and stomach. Everything came back negative except the urine said that there was some bacteria, so they put him on an IV with antibiotics. At 10:30 that evening they sent us home and said they would get the cultures back with in 24 hours. Well 2 days went by and no news, the fevers were gone and he was acting normal. Wednesday night we received a call at 11:30 pm. It was the ER Dr. he asked if Teagan had a fever that night and asked how he was feeling. I told him he was doing great and I felt he was a healthy again. At that point he told me they had just received the results and Teagan tested positive for a bacterial infection in his blood. He said where he hadn't had a fever that night that I could just bring him in in the morning for more blood work and another IV of antibiotics. So 1st thing this morning I took him in . The Dr. walked in and was shocked that he was doing so good. He made a game plan, he wanted to do more blood cultures and watch him for a good hour to see how he was acting and feeling. After watching him they feel that it was a false positive on the culture. He told me that if he really had that bad of an infection he wouldn't be doing as well as he is. That made me feel a little better. So now we are hoping that we don't get another call from the ER Dr. , no new is good news! Now we are excited to have a nice quiet day off tomorrow, just spending time at home. 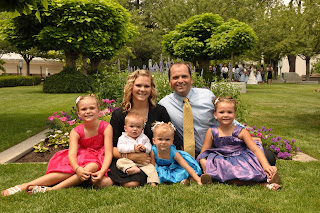 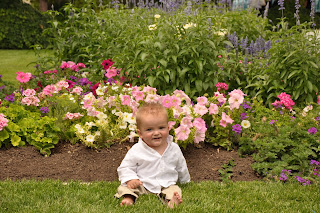 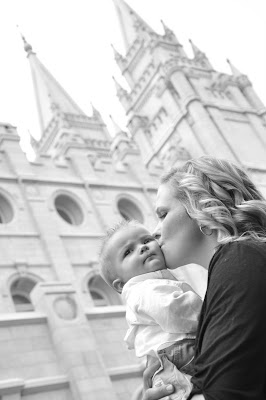 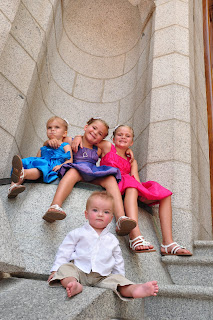 These are just a few of the Pictures from the wedding.
Posted by Bryson and Amanda at 10:43 PM